PURCHASE TICKETS TO THE 2022 GALA 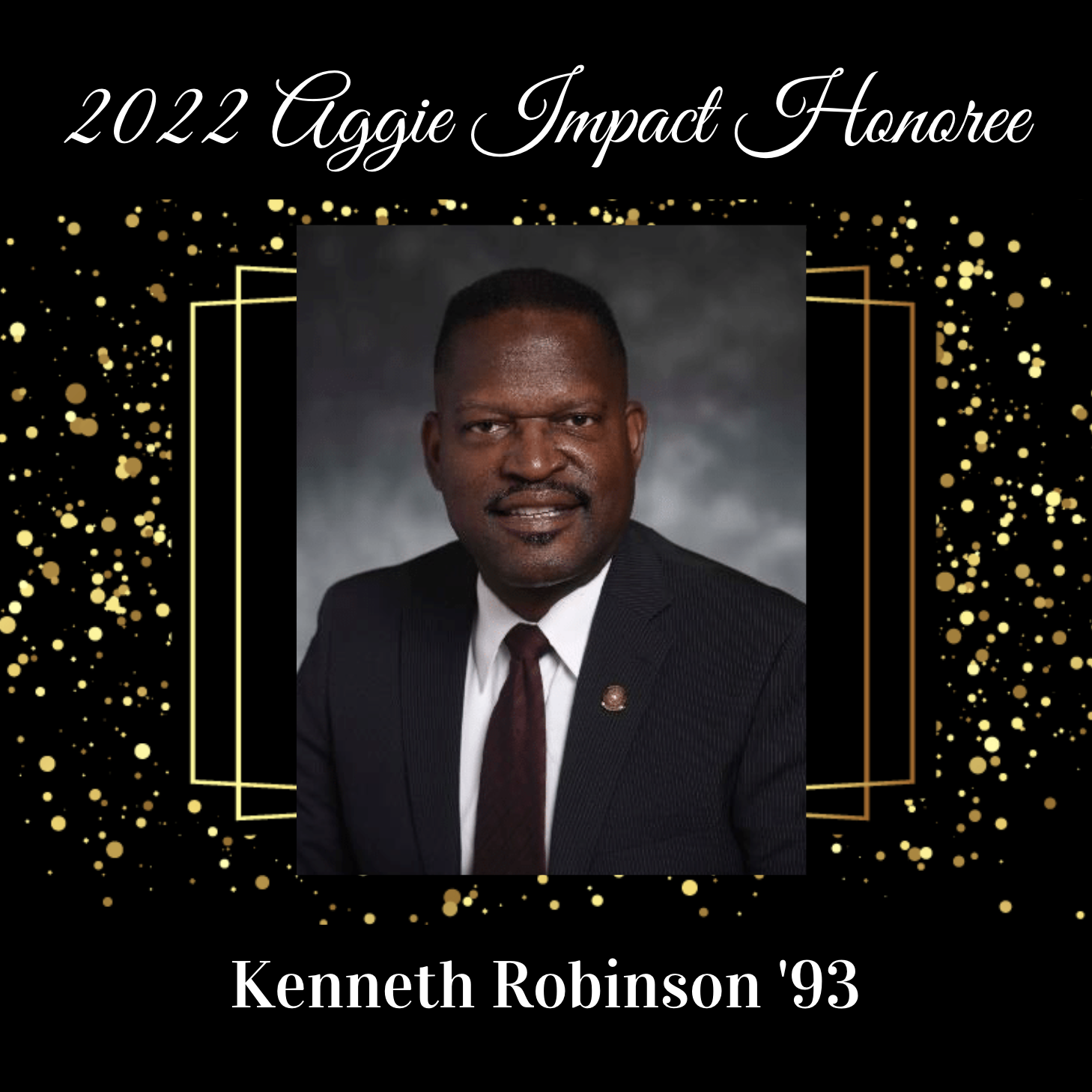 He is a native of Dallas, TX and comes from very humble beginnings. Growing up and maturing in Oak Cliff area is where he learned the value of hard-work, loyalty, and perseverance. Kenneth is the youngest of 4 children and the first to go to college.
Coming to Texas A&M was a decision made simply by following a good friend from high school. Kenneth earned his Bachelor’s Degree in Computer Science in 1993.
Post college, Kenneth found his passion and success in working in technology. He is the founder and Managing Partner of CIS-Computer Innovation Services; a software solutions company that has been in existence for over 25 years. In 2008, Kenneth was an Aggie 100 honoree for the top 100 Aggie ran businesses for the past year (ranked #15). In addition to CIS, Kenneth is a founder and partner in DEIGuys, LLC and he is a partner in Shaw Biotech, a Health & Wellness tech firm.
Kenneth serves as Board Member for The Association of Former Students of Texas A&M, he is a founder and former President of the Texas A&M University Black Former Student Network, and he sits on the Foundation Board of NBA star Tyrese Maxey of the Philadelphia 76ers. Kenneth is a Life Member of Alpha Phi Alpha Fraternity, Inc. His membership began with his induction to the Pi Omicron Chapter of Alpha Phi Alpha, Inc. at Texas A&M in 1991; where he served in many capacities including president. Presently, he serves Alpha in the Nu Pi Lambda chapter in Arlington, TX where he has held the office of president and has been honored with the Entrepreneur of the Year Award.
Kenneth is the creator and host of Aggie Conversations, a weekly forum where accomplished corporate and academic professionals in the Aggie Community engage in meaningful dialogue seeking to understand and educate one another on various topics and perspectives on race.
Kenneth is married to Ann-Marie Robinson; and they have a wonderfully blended family with 6 children: Kenya ‘20, Kennedy L., Kenneth II, Kent ‘25, Kamryn and Kennedy R. 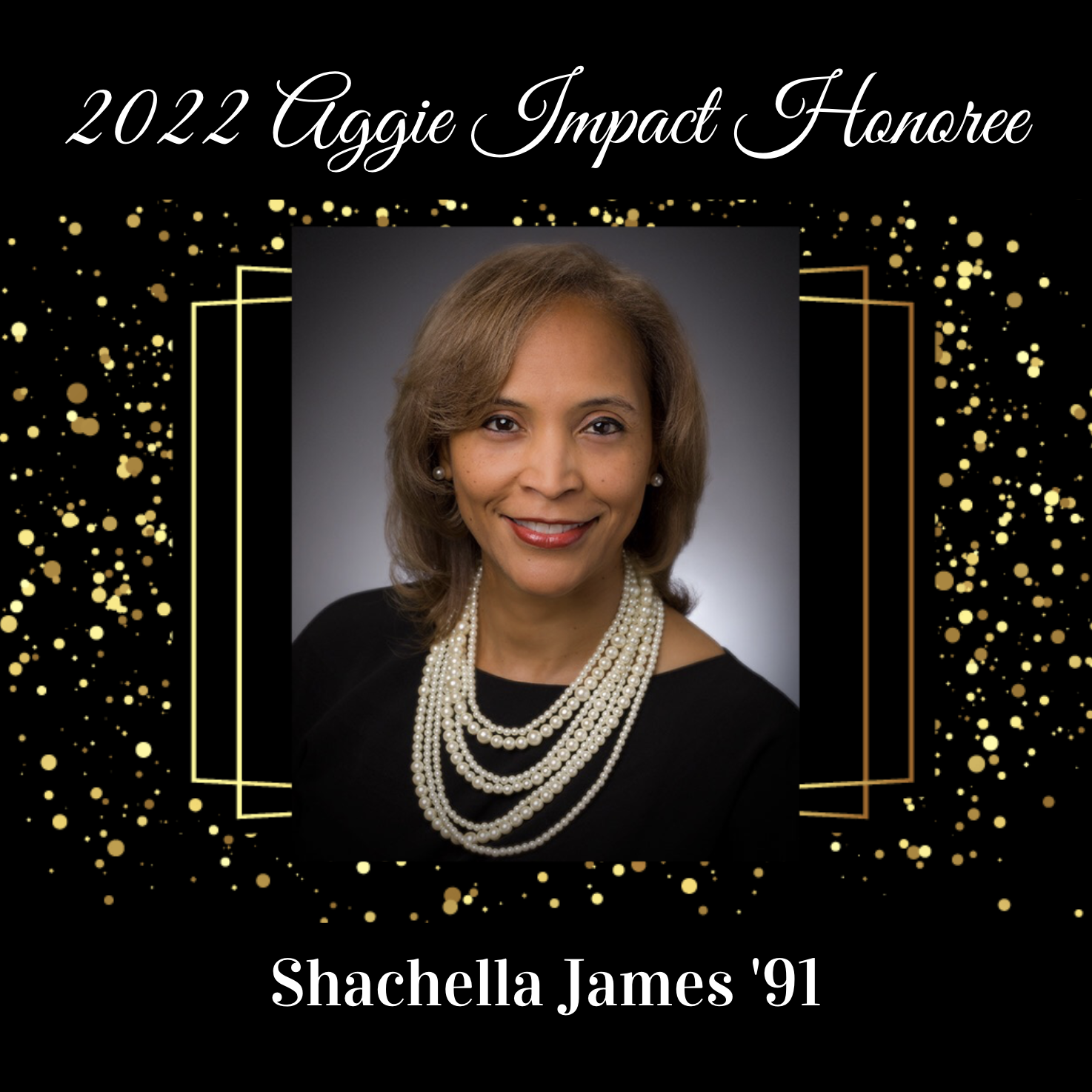 Shachella James is an accomplished technology professional approaching three decades interfacing with senior business executives, technical teams, and operational end-users, making sure no one strays from "due North".
Shachella is Vice President, Infrastructure and Technology Services at CenterPoint Energy. In this role, Shachella leads infrastructure, transport, telecommunications, data center and technology system control center operations. In addition, she supports Information Technology operations for CenterPoint Energy’s competitive businesses. She is a transformational leader focused on the human and financial implications and enterprise impacts of agile, digital and cloud strategies.
Shachella is active in the Alpha Kappa Alpha Sorority, Inc. and a volunteer with the youth ministry at her church. As an executive board member for both Child Advocates and Genesys Works Houston, she advocates for under-resourced communities and science, technology, engineering, and mathematics (STEM) education. She rounds out community service and technology leadership as the current membership chair for HoustonCIO, co-chair for the Americas Advisory Council for Utilities (ACCU) for SAP and as an executive sponsor of the Cultural Niketan of India, a CenterPoint Energy Employee Resource Group.
Shachella earned her bachelor’s degree in management information systems from Texas A&M University and her master’s degree in business administration from the University of Texas at Austin. She is a certified technology professional through the PMI and earned her Cyber Security certificate from Cornell University.
She and her husband, Darrell, have one daughter and one son. Shachella is a graduate of Leadership Houston and the American Leadership Forum. She is an award-winning technology leader as a Top 50 Multicultural Leader in Tech, Woman Who Means Business and a Houston CIO ORBIE Leadership award recipient. 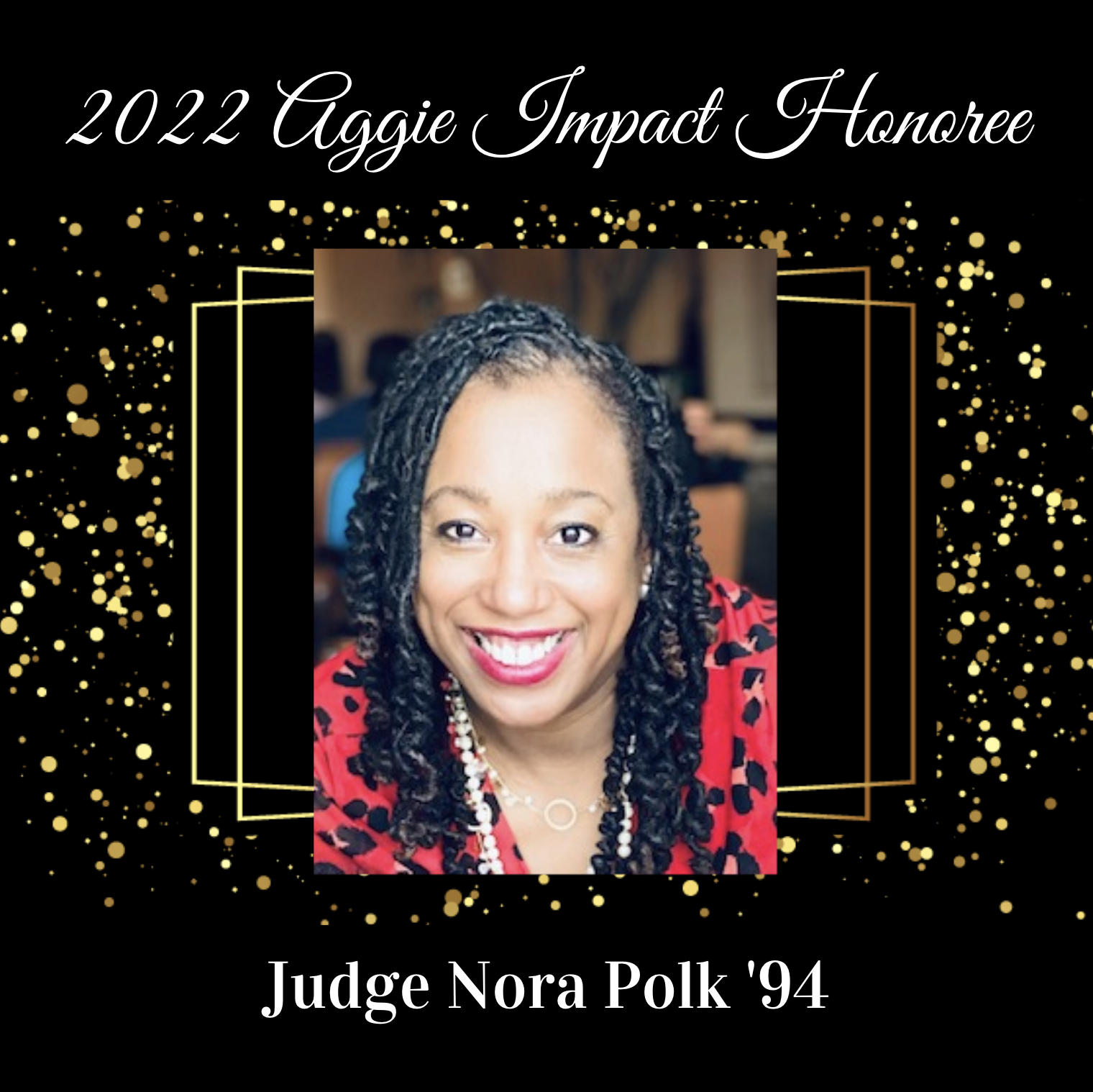 Judge Nora Polk, a native Texan, received her B.A. in Political Science from Texas A&M University. She was a recipient of the Texas A&M Presidential Achievement Scholarship and a member of Tau Kappa Honor Society. She received her Juris Doctor from the University of Cincinnati College of Law where she was president of the Black Law Student Association, a member of the Dean’s Diversity Task Force, and on the Dean’s List. During her law school career, she attended the University of Cape Town in South Africa to study comparative justice through a Study Abroad program.
Judge Polk worked for Atlanta Legal Aid Society then partnered with Adrienne Ashby. Ashby & Polk, LLC. In addition to representing clients in family law matters, Judge Polk served as a Guardian Ad Litem in domestic relations cases, an Ombudsman in bankruptcy cases involving patient care, and as a Hearing Officer in public housing informal review hearings. She is also a trained mediator.
In 2010, Judge Polk was appointed as a part-time Associate Magistrate Judge in DeKalb County where her primary responsibility with the court was presiding over the Domestic Violence calendars. Judge Polk was next appointed as a full time Supervising Magistrate Judge. On July 27, 2022, Governor Brian Kemp gave the oath of office to Judge Polk as his appointee to the Superior Court of the Stone Mountain Judicial Circuit, the state’s highest trial court level. The Superior Court hears domestic relations cases, civil matters, restraining order requests, criminal felony cases, including murder, and a variety of other issues.
Judge Polk is a member of the Decatur Alumnae Chapter of Delta Sigma Theta Sorority, Inc. Her volunteer efforts with the Sorority include annual advocacy and education events for local teens and preteens including the following programs. Girls ROCK is a girls’ empowerment program for middle school young ladies and provides education, inspiration, and integral skills in a fun, entertaining environment. Jail and Justice Day gives middle and high school students behind the scenes access to the justice system.
Judge Polk is a member of the 2006 Founding Class of the State Bar of Georgia Young Lawyers Division’s Leadership Academy. She is also is a member of the State Bar of Georgia, the Georgia Association of Black Women Attorneys (GABWA), the DeKalb Bar Association, the DeKalb Lawyers Association, and the Gate City Bar Judicial Section. She is a former board member of the GABWA Foundation and served as the Executive Director of its Civil Pro Bono Wills Project for more than 10 years. Judge Polk is also the recipient of the 2012 GABWA Founder’s Award for Commitment to the Family, the 2012 Atlanta Legal Aid Distinguished Pro Bono Service Award, the 2013 Outstanding Service Award in the area of Political Awareness and Involvement, the 2015 Justice Benham Award for Community Service from the State Bar of Georgia, and the 2015-2016 Pota E. Coston Trailblazer Award. In 2019, Judge Polk was selected as a Judicial Engagement Network (JEN) Fellow and recognized by Who’s Who in the Profession. She is a member of the 2013 Leadership DeKalb Class and the 2016 Leadership Georgia Class, serving as a 2022 Program Chair and Fanning Fellow.
Judge Polk is married to Philip Polk and a proud mother of two sons, Kobie Alexander Polk and Nile Christopher Polk. 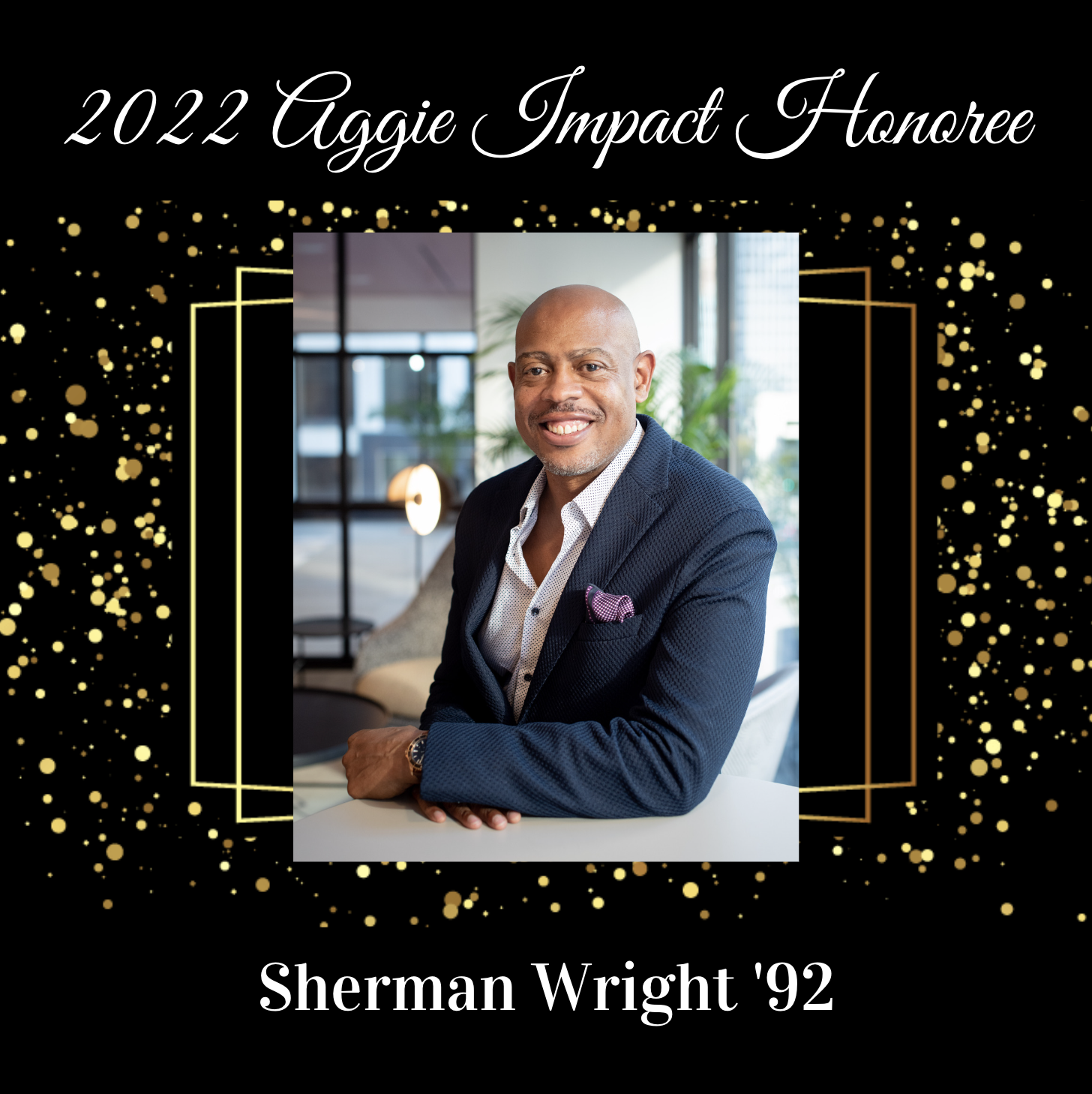 Sherman Wright is the co-founder and managing partner of TEN35 (www.ten35.com), a creative company specializing in transforming brands through culture. An entrepreneur whose work and thought leadership has created award-winning campaigns for global brands including Pepsi, Nike, Disney, Microsoft, Facebook, Polaris, JP Morgan Chase and Stellantis. Sherman's accomplishments have been recognized by The New York Times, Inc., Advertising Age, Adweek, Black Enterprise, The Chicago Tribune and Crain’s Chicago Business to name a few.
His entrepreneurial education began at Texas A&M University where he received a Bachelor of Science degree in journalism. He is a lifelong learner with continued studies at Dartmouth Tuck Executive Education and completed Chicago United’s Corporate Governance Executive Education program developed by the University of Notre Dame’s Mendoza College of Business.
Sherman is active in his community and is a board member of OneGoal, Lurie Children’s Hospital, Francis W. Parker School and co-chair of Emerald South Economic Development Collaborative. Professionally, Sherman serves on the board of directors for the Young Presidents’ Organization (YPO) Gold Chicago and The Metropolitan Pier and Exposition Authority (MPEA). He is an inductee of the Chicago Area Entrepreneurship Hall of Fame, alumni of Crain’s Chicago Business’ 40 under 40 and has been recognized by Texas A&M's Aggie 100 for leading one of the fastest growing Aggie-owned businesses. 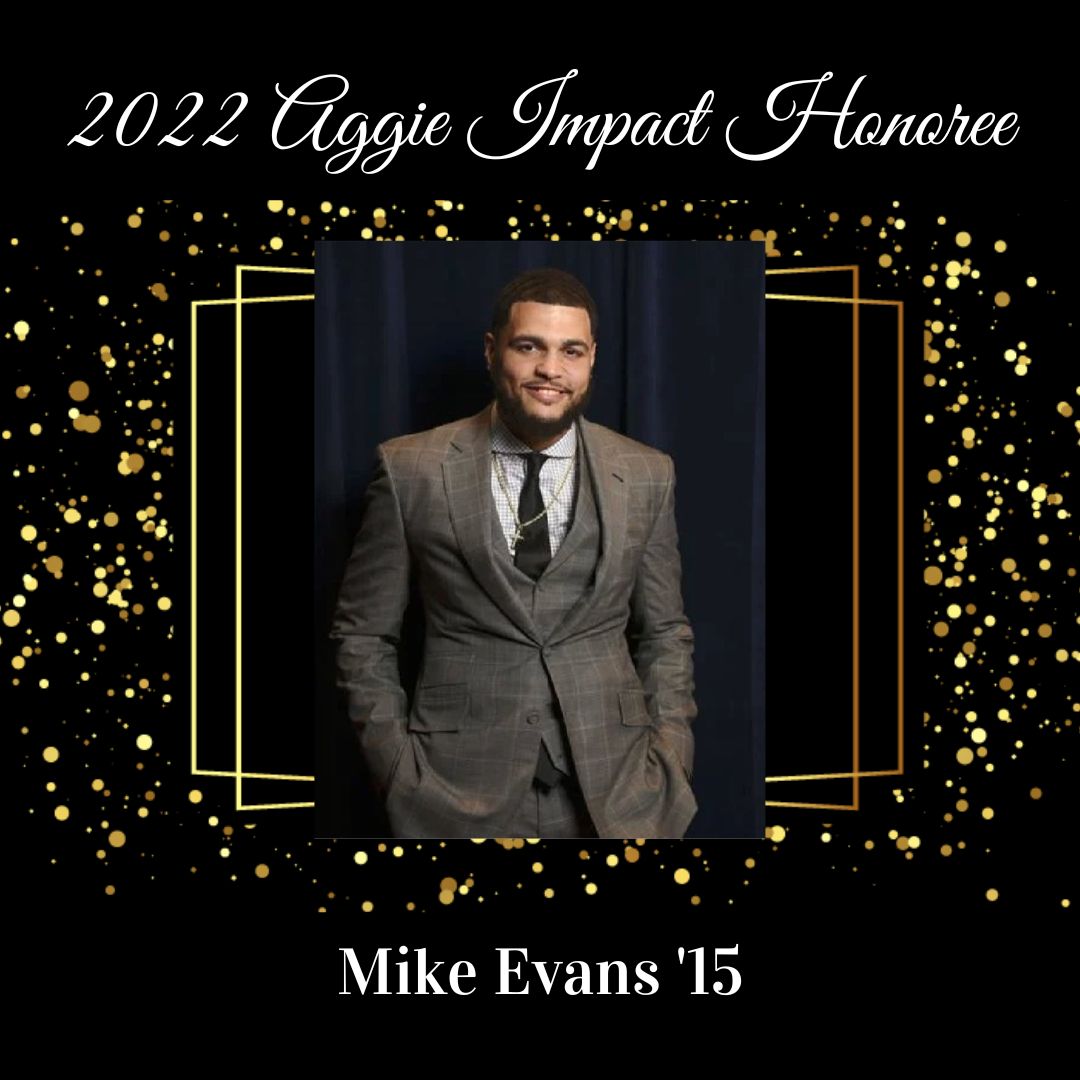 For an athlete who did not play football until his senior year of high school, Mike Evans has become one of the most consistent wide receivers in the NFL. Currently in his ninth season, Evans was drafted by the Tampa Bay Buccaneers in the first round (seventh overall) in 2014. Evans is the only player in NFL history to start his career with eight consecutive 1,000-yard seasons and just the sixth all-time to have 1,000 yards in eight consecutive seasons during their career, joining Jerry Rice, Tim Brown, Torry Holt, Cris Carter and Marvin Harrison. He holds the Buccaneers franchise record for most touchdowns scored (76 entering the 2022 season). In addition, Evans also holds the Buccaneers’ all-time franchise records for receptions, receiving yards, touchdown catches, and 100-yard receiving games. Evans has four seasons of double-digit touchdown receptions, with his career-high of 14 coming in the most recent 2021 season.
Mike Evans redshirted the 2011 season but made his case as one of the best wide receivers in Texas A&M history during his 2012 and 2013 campaigns. In 2013, Evans was named an AP First-Team All-American, a finalist for the Biletnikoff Award and a semifinalist for the Walter Camp Player of the Year Award. Evans holds the top two spots in Texas A&M history for most receiving yards in a single game with his 2013 games against Auburn and Alabama, posting 287 and 279 yards respectively.
In addition to his success on the field, Mike and his wife Ashli have four children: Mackenzie, Ariah, Amari, and Aliyah. Mike and Ashli have continued to increase their philanthropic efforts throughout their communities. The Evans started the Mike Evans Family Foundation in December of 2017 with the vision of helping children by providing them with opportunities to make their dreams a reality. The foundation also works with women and families who have been affected by domestic violence. Since the foundation’s inception, over $250,000 has been awarded in scholarships, hundreds of children have taken part in holiday events, the Catch for Kids program was developed to tie Mike’s on-field performance to donations in the community, and so much more. Born and raised in Galveston, Texas, Mike consistently gives back to his hometown in addition to Tampa Bay and College Station. To find out more about Mike and Ashli’s community impact, please visit mikeevansfamilyfoundation.org.
PURCHASE TICKETS TO THE 2022 GALA